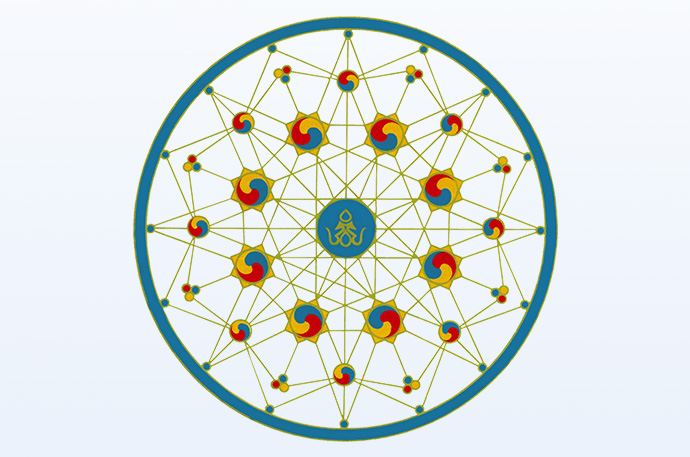 The Dzogchen Community is made up of those who are interested in following and practising the Dzogchen teachings. It was founded by Chögyal Namkhai Norbu in Italy in the second half of the seventies and rapidly developed in various countries around the world taking on a completely international dimension. Today the Dzogchen Community has thousands of members in more than 40 countries.

The Community’s organisation is also the result of Chögyal Namkhai Norbu’s vision: the Gars (lit. residences, or the larger centres) and the Lings (the smaller centres) form a great Mandala (lit. circle) which unites the different geographical areas of the world. Symbolically the Mandala represents the universe as it is perceived by the individual and, in this particular case, the places where Dharma is practised.

Within the vision of the Mandala there are no hierarchical relationships between the various Gars or between the Lings or between the Gars and the Lings but only a relationship of collaboration and cooperation. The Gars around the world: Merigar West (Italy), Merigar East (Romania), Kunsangar North (Moscow, Russia) and Kunsangar South (Crimea) in Europe; Tsegyalgar East (Massachusetts, USA) and Tsegyalgar West (West Coast USA-Mexico) in North America; Tashigar North (Venezuela) and Tashigar South (Argentina) in South America; Namgyalgar in Australia, Samtengar (China). The Gars are linked to the Lings which represent the fundamental core of the Community. Some Lings have sprung up in the large cities (such as Rome, Barcelona, New York, Moscow). Dzamling Gar, based in Tenerife, Canary Islands is the new global centre for the International Dzogchen Community

The Gakyil is a collective body without any type of hierarchy within it and decisions are taken by common agreement of all the members. There can be three, six or nine Gakyil members. Besides the local Gakyils there is also the International Gakyil which is in direct contact with the Master and has the role of management and coordination.