Discovering Rigpa: Rushen of the Voice and Semdzins 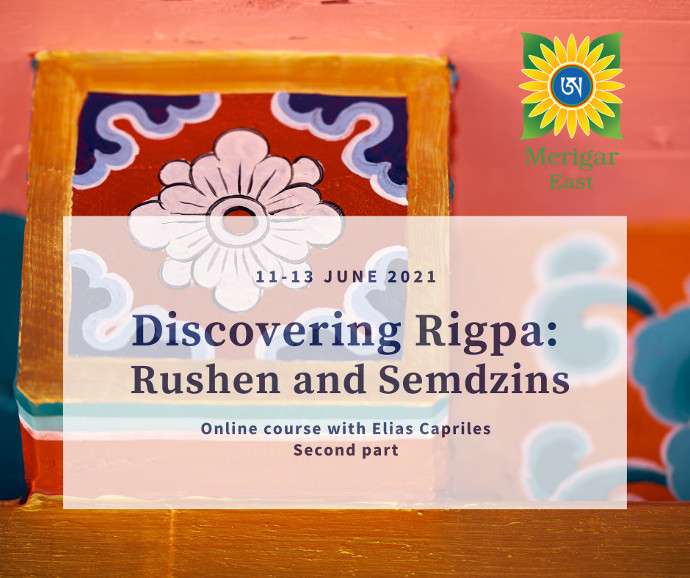 The Rushens and the Semdzins are the essence of the practice of Ati Yoga. Although easy to apply, they are endowed with great blessing power, so there is nothing that is not included in it. We can bring our mind into its natural state by exercising with these methods.

Elìas approach combines clear-cutting explanations with long practices carried out together and represent the perfect occasion to actually discover their potential.

This online retreat for Discovering Rigpa will be a continuation of the previous one, in which we studied the Rushen. All practitioners with transmission from Chögyal Namkhai Norbu can participate. 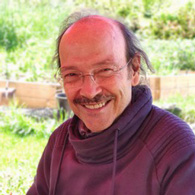 is a Santi Maha Sangha Teacher appointed by Chögyal Namkhai Norbu, whom he met in 1977 in Boudhanath. He practiced Dzogchen in successive strict 3 months retreats on the Himalayas between 1977 and the end of 1982, after receiving Tregs chod instructions from H.H. Dudjom Rinpoche and Dungse Thinle Norbu Rinpoche. He also received teachings and transmissions from H.H. Dilgo Khyentse, Dodrub Chen Rinpoche, Chatral Rinpoche and Pema Norbu Rinpoche.

He has offered conferences in many Universities across the Americas, Europe and Asia, and has also led workshops and courses in several countries. He managed “spiritual emergency refuges” where “psychotics” would go through the natural self-healing process in which they unwillingly embarked, and has been an ecological activist.

He is a member of the Board of the International Transpersonal Association; among his works on this subject, most recent and best known is the four-volume work The Beyond Mind Papers: Transpersonal and Metatranspersonal Theory (Blue Dolphin, Nevada City, CA, 2013).

We are no longer accepting registration for this event