The Vision of Clear Light 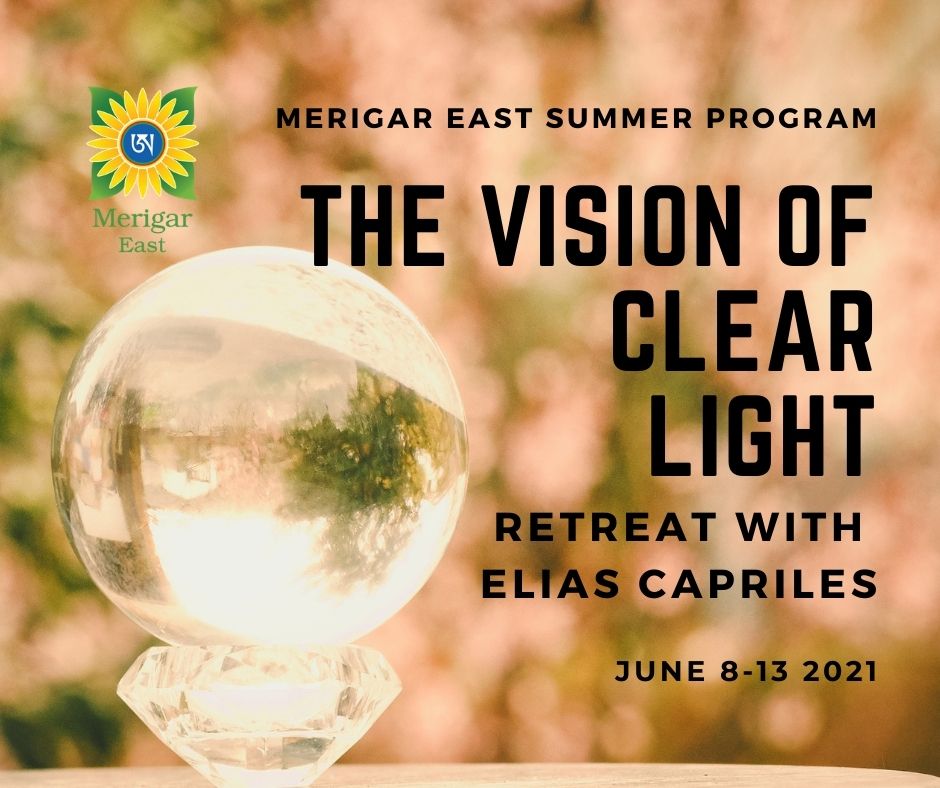 As Chögyal Namkhai Norbu writes in the Introduction, the subject of The Vision of Clear Light is the Dzogchen teachings, and the book in question is the testament of Jigme Gyalwai Nyugu, one of the greatest Dzogchen Masters of all times (in this sense being equivalent to the three statements of Guru Garab Dorje’s Testament). It is a text that emphasizes the practice and how to carry it out. The Commentary was given orally by Chögyal Namkhai Norbu, on the basis of the Commentary written by Paltrul Rinpoché, who on the book’s cover appears as the book’s author, even though in truth he is the author of the Commentary—because the latter, together with the explanation by Chögyal Namkhai Norbu, fills nearly the whole book.

In the course, the instructions for the practice of Dzogchen given in the book will be explained on the basis of the experience of the practice, so that the latter may be effectively carried out. According to the availability of time, we’ll do some practices of Semdzin and Rushen so as to have a possibility of having a glimpse of rigpa, on the basis of which we may have a chance to continue in the State of rigpa, which is the main practice of Dzogchen… In case we get the blessing of the Master and the lineage.

The retreat is reserved to persons who have received transmission from Chogyal Namkhai Norbu, or those who make a fully committed promise to receive it as soon as they have the opportunity.

The retreat will be held online and (maybe) face to face (depending on the local and international travel restrictions).

Elías Capriles is a Santi Maha Sangha Teacher appointed by Chögyal Namkhai Norbu, whom he met in 1977 in Boudhanath. He practiced Dzogchen in successive strict 3 months retreats on the Himalayas between 1977 and the end of 1982, after receiving Tregs chod instructions from H.H. Dudjom Rinpoche and Dungse Thinle Norbu Rinpoche. He also received teachings and transmissions from H.H. Dilgo Khyentse, Dodrub Chen Rinpoche, Chatral Rinpoche and Pema Norbu Rinpoche.

He has offered conferences in many Universities across the Americas, Europe and Asia, and has also led workshops and courses in several countries. He managed “spiritual emergency refuges” where “psychotics” would go through the natural self-healing process in which they unwillingly embarked, and has been an ecological activist.

He is a member of the Board of the International Transpersonal Association; among his works on this subject, most recent and best known is the four-volume work The Beyond Mind Papers: Transpersonal and Metatranspersonal Theory (Blue Dolphin, Nevada City, CA, 2013).